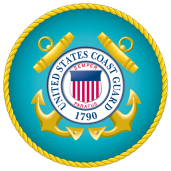 When I was just out of high school (June 1982), I entered the US Coast Guard. I probably should've gone US Army and followed my father and grandfather's footsteps but I was being rebellious and wanted something different.

I started my journey in the USCG Reserves as a Port Securityman but switched to active duty before the end of my first year. I was assigned on the USCGC Lantana WLR 80310 - a river tender stationed in Natchez, MS. I went to school to become an Aviation Electrian's Mate and was stationed in Mobile, AL. I was honorably discharged in Aug 1988.

I regret not staying in for my 20 years but I realize now, that was not my destiny. If I had stayed in, then my other choices which lead me to where I am now wouldn't have happened.