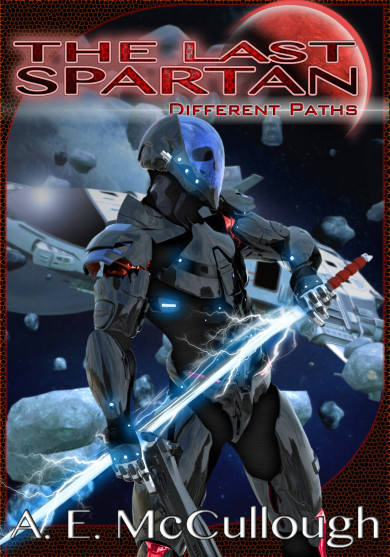 As a former Spec-Ops warrior, Spartan has found that the skills given to him by the Coalition government are well suited to his new occupation. After retrieving a lucrative bounty, Spartan returns to Terran space and finds that one of his oldest friends has been murdered. Vowing to track down the killer, he soon becomes the unwilling pawn in an interstellar power struggle between two old rivals, his former Omega Squadron Commander and the President of the Coalition.

Spartan finds that having a bounty placed on his head to be troublesome as he evades the authorities, tracks down his old commander and struggles to clear his name. Unknown to all, an ancient evil has awakened and has plans of its own for mankind and they include death, destruction and chaos. Are the skills Iaido ‘Achilles’ Spartan gained over the years enough to save the day
and clear his name?

The Last Spartan: Different Paths is the first book in a Sci Fi adventure novel series following Iaido ‘Achilles’ Spartan and the crew of the Nemesis. Available in print or ebook format.