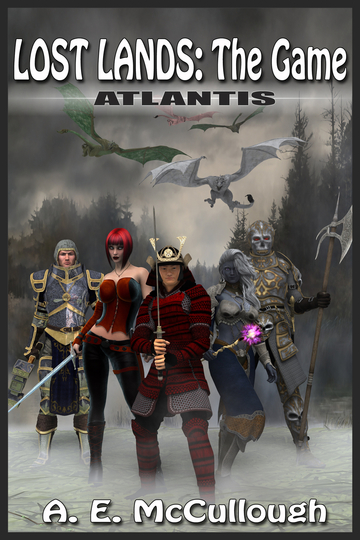 When Mac logged into Lost Lands on his computer one Friday night, he had no idea how much that one event would change his life. Grouping up with his online friends, he had an enjoyable night of gaming and even completed the Tomb of Immortality.

However, at the end of the dungeon the gamers meet a strange wizard with a compelling offer to ‘Beta Test’ a new expansion. Since every gamer dreams of being the first to explore new areas, they agreed. Nonetheless, they were not ready for what came next. Mac and his friends find themselves pulled into the game and that they have become their avatars.

At first, it is exciting until they realize that they are trapped inside the game. When they find themselves attacked, the Outlanders quickly realize how dangerous their new reality can be. Vowing to return home, the survivors set off to find the legendary city of Atlantis in hopes that the Dragon Kings may know of a way back to the real world.

The Outlanders soon discover that they aren’t the first gamers to be pulled into game, just the latest. But more than that, they have become pawns between two rival wizards in a long standing feud. Can the Outlanders survive the game world long enough to return home?

Available in print or ebook format.