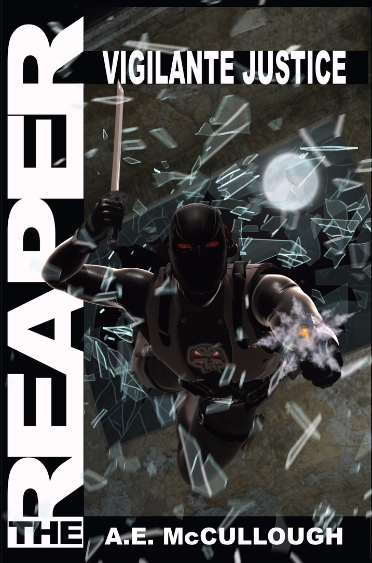 This is my declaration of intent, so that no one will have any doubt as to why I assumed the persona of The REAPER. Originally, my mission was only about revenge. A monster attacked my home and destroyed my family and the law was too weak to punish him. Therefore, I became the instrument of revenge. I became Nemesis incarnate. However, that monster is gone…so why do I remain?

There are still forces at work in our city that see themselves above the law. The police and lawyers are bound by the law of the land while the criminals are not. They prey upon the weak and timid while the politicians argue. How can I stand by silently knowing that I have the skills to intervene? I cannot. I still believe in lex talionis. The law of retribution. An eye for an eye. Equal punishment under the law. Call it Vigilante Justice if you will.

So reads the REAPER’S Manifesto. When a new designer drug called Oblivion sweeps across Sanctuary like a plague, Erik is forced to once again don his mask and take up his weapons to avenge the wrongs inflicted on those close to him. Will the Reaper be up to the challenge?

THE REAPER: Vigilante Justice is the second novella in this modern-day super-hero vigilante series.

Available in print and ebook format.