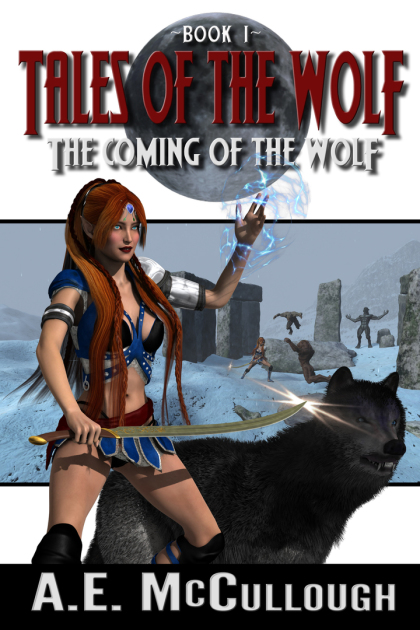 A HERO IS CONCEIVED…

When the Elven princess Tatianna joined her father and brothers on a quest to retrieve an ancient artifact from an abandoned Dwarven fortress, she did not expect to find herself running for her life from a pack of werewolves but that is exactly where she found herself. Injured and tired, Tatianna decides to make her final stand in an ancient shrine she stumbles upon deep inside the forest. Outnumbered, she falls before the might of Blackfang and his minions.

A lone Highland warrior goes against his kin and rescues the elven princess but not before she was raped and nearly dead. With the help of a cantankerous dwarf and Tatianna's brothers, Hawkeye leads the companions further north in an effort to escape the clutches of the Dark Alliance. Outnumbered and on the run, the friends face many trials only to find that Tatianna is carrying the Chosen One, the child foretold in an ancient prophecy.

Outnumbered and with winter in full swing, Hawkeye and Tatianna must rally the Highlanders and convince them to face the rampaging horde of the Dark Alliance. Will the young couple survive the upcoming battle? And how does the child of prophecy play into the destiny of Terreth? Only the Gods know for sure...or do they?

TALES of the WOLF: The Coming of the Wolf is the first book in this Epic Fantasy Saga.

Now available on Amazon in eBook or print format -- get your copy today!