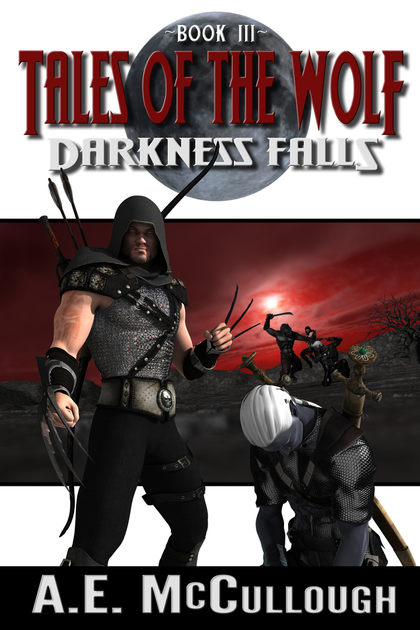 A HERO IS CAPTURED…

It has been twelve years since the Elven Princess Tatianna and the Highland Warlord Hawkeye sacrificed themselves in battle with the Dark Alliance. It was a sad day for both nations. Yet their sacrifice forestalled the Dark Alliance’s ability to invade the Southlands. More importantly, their deaths kept the existence of their son from the Great Enemy. For Graytael is the child foretold in ancient prophecies, the One that would lead the legendary Nine in the final battle for the fate of all Terreth.

Nevertheless, to Graytael these are just bedtime stories. He is just a simple half-breed growing up in a small farming community. Never considering that the gods have chosen a different, more violent, fate for him. That is until the Dark Alliance invades the Southlands and destroys everything he knows and loves. Captured by slavers, Graytael must learn to survive underneath the cruel ministrations of Kralm Soleus, the half-orc slaver.

However, the Creator Gods of Terreth have plans for Graytael. They do not want the Chosen One to just survive his incarceration but thrive. They need him to become the weapon he is destined to be, the One foretold in the ancient prophecy. Therefore, the Troika manipulate the mortals so that Graytael becomes the student of the greatest Blademaster of Terreth, Darnac Penumbra.

Will the Chosen One survive his servitude and become the weapon the gods need him to be? Or will the Spinner discover his true identity? And what has become of the Elven and Dwarven nations? Why have they not been able to stop the invasion?

TALES of the WOLF: Darkness Falls is the third book of this Epic Fantasy Saga.

Available on Amazon in eBook or print format -- get your copy today!