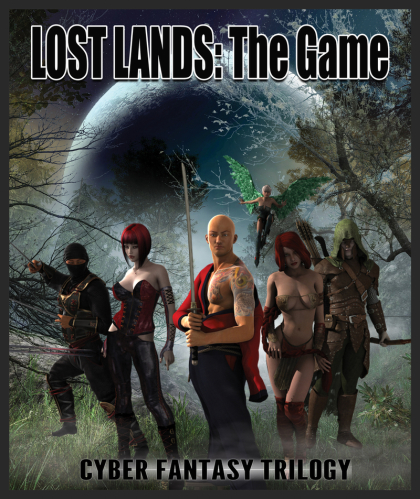 Sometime the idea of a story hits me at the weirdest time. As an avid gamer, I have played dozens of MMORPGs (Massive Multiplayer Online Role Playing Games). Including but not limited to EverQuest, EverQuest 2, World of Warcraft, Guild Wars 1 & 2, Star Wars Galaxies and Star Wars the Old Republic (just to name a few).

One day while at work, a buddy of mine (Ed - ie Cozad) and I were comparing stories from our online adventures and the beginnings of a story took hold. I worked on it off and on for a few years until -- LOST LANDS: The Game was born.